Tax Residence in the Republic of Panama

The concept of tax residence is related to the tax jurisdiction applicable to a person, whether natural or legal, for the purpose of determining which taxes must be paid in the state of residence. It is the place where, due to the nature of the operations it performs and the place where it has its headquarters and legal relationships, the person must be a tax payer for the income that would be subject to the payment of taxes.

The concept of fiscal residence derives from the international treaties adopted by the different states, including Panama, to avoid double taxation in the states that have signed these agreements.

The concept of fiscal residence should not be confused with the domicile of the person, natural or legal, which is where the person maintains its main place of location or permanence.

The Fiscal Code is clear in pointing out in article 694 that all taxable income produced within the national territory is subject to income tax and in paragraph 2 of the same article it is established that income derived from directing, from an office established in Panama, transactions that are perfected, consummated or have their effects abroad shall not be considered as produced within the territory of the Republic of Panama.

It follows that being a fiscal resident in the Republic of Panama is not synonymous with being subject to income tax in our country; it will depend on whether the income was obtained from operations that are perfected, consummated, have their effects and generate the income within the Republic of Panama since, according to the aforementioned article, not all income obtained by a Panamanian or a foreigner is subject to tax.

Panamanian legislation establishes some requirements to determine if a natural or legal person is a tax resident and contemplates an administrative procedure for the tax authority to make the formal accreditation of such condition through the issuance of a “Tax Residence Certificate”.

The Panamanian authority with such accreditation capacity is the General Revenue Directorate (DGI), attached to the Ministry of Economy and Finance.

From the foregoing, it is understood that tax residency is not an automatically granted recognition, but must be requested by the interested party.

It is important to point out that this recognition is related to a specific fiscal period, that is, it must be requested for the required fiscal periods.

¿ Who is a tax resident under Panamanian law?

Natural Person: The Panamanian Fiscal Code considers fiscal residents, those individuals who remain in the national territory for more than 183 days, consecutive or alternate, in a fiscal year or in the immediately preceding year.

Likewise, those persons who have decided to establish their permanent home in the national territory are considered tax residents of the Republic of Panama. At this point, it is important to point out that the DGI requests that the person prove that he or she has a link with the real estate property he or she owns, which may be proven with a photocopy of a utility bill (water, electricity, telephone); in many cases, the DGI requests tuition receipts from the children’s schools to prove that they study at national schools, that is, not only is having a real estate property in his or her name, but proving a link with it.

¿ What information does the DGI analyze to grant a certificate of tax residence?

In the case of natural persons: The DGI will analyze whether the natural person complies with the following fundamental elements:

In the case of legal persons:

The DGI will analyze whether the company complies with the following fundamental elements:

Both individuals and legal entities must provide, at least, the above-mentioned information. This does not imply that, upon its mere presentation, the Tax Residence Certificate will be issued, since the DGI has the discretionary power to validate the certainty of the physical presence of the individual or legal entity and the compliance with the aforementioned requirements.

Where applicable, the treaty or agreement to which the applicant wishes to adhere must be mentioned; in addition, the fiscal period to be accredited as a fiscal resident must be indicated.

Consequently, it is up to the DGI to determine whether the applicant has reliably proven that he is a tax resident. 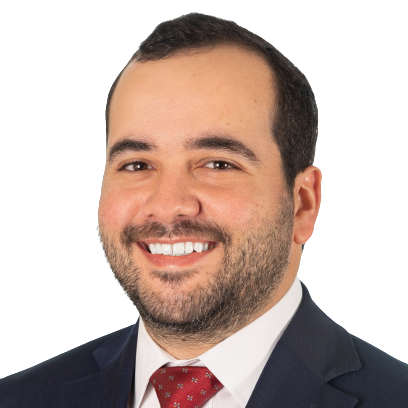