Regulation to the law that establishes the Horizontal Property Regime

Law # 31 of June 18, 2010 is the current legal provision that establishes the Horizontal Property Regime in Panama, the law, in its article 98, states that: “The Executive Branch, through the Ministry of Housing and Land Management, will regulate the present law”.

From that year 2010 to date there have been several projects by the Ministry of Housing and Land Management to regulate this law, however, the issue is complex; achieving consensus to establish this regulation among all those involved (lawyers, associations of real estate companies, building managers, etc.) has not been easy.

Therefore, it was not until almost ten (10) years later that such consensus was reached and Executive Decree # 151 of June 16, 2020, published in the Official Gazette # 29048-B of that same day, was finally enacted.As background, we can generally define Horizontal Property as a legal entity, which compiles the set of rules that regulate the division and organization of various properties, this as a result of the subdivision of a building or common land.According to Law # 31, this includes: independent real estate units that have an exit to the public thoroughfare directly or through a common passage, however it is much more than that, since in addition to real estate units on common land, it includes projects built on land belonging to several people or given in concession of the use of the land, urban developments and constructions for any type of commercial activity, including parking lots, warehouses, etc. As a curious fact, with this new regulation of Executive Decree # 151, even an individual plot in a cemetery can be subject to be incorporated into the Horizontal Property Regime.Executive Decree #151, is based on the development of three special concepts:

• The communal property of the horizontal property may not be sold, encumbered or seized;

• To unify in a Horizontal Property, property of different owners it will be possible to incorporate, both the properties and their improvements, but it will require the consent of each owner, who must all appear in the request that is made of the incorporation to the Horizontal Property Regime;

• It is made clear that only non-profit organizations that comply with Resolution 28-2003 of February 21, 2003 of the Ministry of Housing and Land Management, which refers to the regulation of private streets in urbanizations, may be under a Horizontal Property Regime;

• It is defined and confirmed in this regulation that the properties that by their nature are Social Interest Horizontal Property and the real estate units that have different uses, including those destined to tourist lodging are subject to be incorporated to the Horizontal Property Regime;

• The parking spaces that exceed the minimum amount required for each property incorporated to the Horizontal Property Regime and the storage areas that do not correspond to a specific real estate unit, will be freely disposed of by the initial owner, while the reserve established in the Co-ownership Regulations remains in force, if any. However, the parking lots or storage areas not reserved or assigned, will become communal property of the respective horizontal property;

• In these regulations, a segment, or title, dedicated to the reserves that can be executed by the promoter and supply of services is developed. In that sense, it defines more clearly the reserves for future development, reserves for exclusive use of certain real estate units, reserves on roofs, basements, facades and easements;

• Regarding the matter of the Assembly of Co-owners, it is wisely established that the owners can participate in it through electronic methods (video conference, etc.);

• An Administration Committee is established in those cases where it is necessary, by provision of the law, which must be reflected in the Co-ownership Regulations. In the multipurpose real estate complexes this committee will be formed by a representative of each component. This committee shall supervise the Administrator and is empowered to make decisions regarding the administration;

• This new regulation also emphasizes the general requirements that will be requested by the Ministry of Housing and Land Management as the regulator of the Horizontal Property Regime, but also develops additional special requirements, concerning:

• The Ministry of Housing and Land Management, as the regulating entity of the Horizontal Property Regime, will first hear about violations to any of the prohibitions established in Law # 31 and its regulation in Executive Decree # 151. For this purpose, said regulating entity must create the departments and offices it deems necessary.• It should be noted that the Ministry of Housing and Land Management is also empowered to impose fines and penalties for non-compliance with Law # 31 and for non-compliance with the respective Co-ownership Regulations. These sanctions will range depending on the severity they determine, from B/. 50.00 to a maximum of B/. 1,000.00.However, if the said regulatory body considers that it has no jurisdiction to resolve the infringement, it shall refer the case to the authority it considers competent. 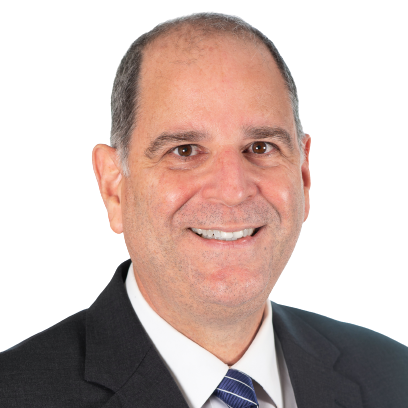