¿What are the registration processes of the change of jurisdiction of foreign corporations to the Republic of Panama and vice versa and branch establishment?

CHANGE OF JURISDICTION OF FOREIGN COMPANIES TO THE REPUBLIC OF PANAMA.

Panamanian legislation allows a foreign company constituted in another jurisdiction to continue its legal existence in the Republic of Panama as a Panamanian company, notwithstanding the provisions established in the law of the country of origin.[1]

This change of jurisdiction is colloquially known as “re-domicile.” This term is incorrect because this process does not consist of a change of the domicile or the registered office. Instead, it is the “nationality” of the Company that changes, resigning to its jurisdiction of incorporation and adopting the Panamanian.

The steps required for a company incorporated aboard to be able to convert into a Panamanian company are the following:

These documents have to be legalized by the apostille, or, failing that, by the Panamanian consul of the jurisdiction where the documents are issued.

It is important to mention that within the public deed containing these documents, it must be determined that the new Articles of Incorporation subrogate the constitution document registered in its country of origin.

With the change of jurisdiction, the corresponding corporate body may also decide the transformation of the legal entity to the legal nature and legal structure to convert it to another company type, for example, from a stock company to a Panamanian limited liability company.

According to Article 11-C of the Code of Commerce, the change of jurisdiction and the continuation of a foreign company to the Republic of Panama does not absolves or releases the encumbrances on assets held by the Company; that is to say, these will not be affected by the continuation of the Company to our country. Neither will be the rights of the creditors that the Company may have. Furthermore, the Company will remain as the owner of its assets, franchises, privileges, and rights in general but must comply with the obligations to which it was subjected in its jurisdiction of origin.

The proceeding to transfer the jurisdiction of a foreign company to ours described in the preceding paragraphs refer to the cases that are made in a definite way. There is the option to carry out an inscription of the continuation of a foreign company in a conditional way, as long as it is registered subsequently the document that proves the definite continuation, meaning that it complies with the previously established requirements, within the deadlines specified in the law.[2] Some clients prefer to continue their companies in two steps, whether it is to comply with legal requirements of their country of origin or because of restructuration issues within the Company.

Panamanian companies may continue their existence in foreign jurisdictions if the law of the country to which they would be transferred allows it. Previously to this change of jurisdiction, the Company must be in good standing with its tax obligations required by Panamanian regulation.[3]

The steps required for a Panamanian company to change its jurisdiction are the following:

This change concludes, or it is considered definitive, once the document that certifies the change of jurisdiction of the Company, issued by the other country’s competent authority, is registered. For the definitive to be constituted, the law has granted six months. Meaning that, after the inscription of the member’s agreement to continue the existence of the Company in another country, the document that proves that the Company has been registered in another jurisdiction must be reported within six months.

If it is not possible to comply within the period previously indicated, the law determines that a six-month extension can be granted, either by requesting it directly to the Public Registry or through the inscription of a public deed in which it is protocolized the minutes of the shareholders of the Company whereby they express the need for the process of change of jurisdiction to be extended.

ESTABLISHMENT OF BRANCHES OF FOREIGN COMPANIES IN PANAMA

In addition to the foreseen cases in the previous sections, Panamanian law also contemplates the establishment of branches or agencies of foreign companies to the Republic of Panama. This option allows companies to have offices in Panama without transferring their domiciles to our country.

The steps to be followed to establish a branch of a foreign Company are:

According to the Manual of Qualification of the Public Registry of Panama[5], it is established in section B, point 3, about the establishment of branches of foreign companies that in addition to the requirements stated above, a Legal Representative must be appointed in the Republic of Panama.

Once these requirements have been met, the Company shall perform its activities in our country and exercise the corresponding civil rights.

The agency or branch is an extension of the juridical personality of the Company in its country of the constitution. Therefore, any harm that the branch may cause, the Company must assume it as its own.

Foreign companies registered as so in the Panamanian Public Registry must present all of the amendments and/or modifications that are made to their statutes in their country of origin. These companies, regarding their statutes, will continue to be governed by the legislation of their jurisdiction of original, nevertheless, they will remain subject to Panamanian law.

Some registry criteria to take into account when determining the name of the branch are[6]: 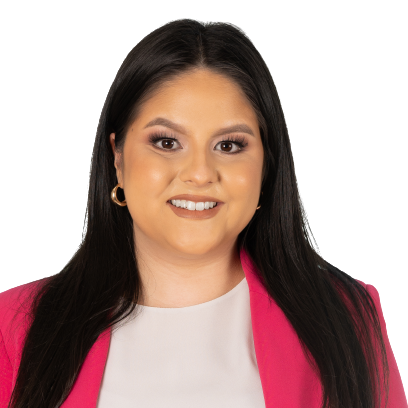